No two children are alike… all are in different places, learn at diverse rates, and deserve to be challenged at their instructional level.

On January 31st, I wrote my District Elementary Curriculum Coordinator a letter expressing my concerns around the Common Core State Standards (CCSS) and the  EngageNY curricular materials.   I sited my references and explained how my thinking has shifted in regards to K-3 standards. I do find flaws and believe some to be developmentally inappropriate.   The response to my letter was warm and well received.  Return communication came with links to articles for me to consider.  (One article, referenced in the direct quote from the district webpage below).

Many, many, MANY of my colleagues are expressing their concerns with the mathematics curricular materials, whether it is called EngageNY, A Story of Units, Eureka Math, or Great Minds… it is still the same curricular materials with the same basic lessons being presented to students. Many, many, MANY of my colleagues are using the term “developmentally inappropriate”.   I will go one step farther to say that many, many, MANY educators across the state of Washington and the United States are raising their voices claiming the “developmental inappropriateness” of the K-3 standards as well as the EngageNY Math Program… aka A Story of Units, Eureka, now Great Minds… aka another Duck?

Just one short week after my letter to the district elementary curriculum coordinator and my son’s principal,  this appears on the district’s webpage for the week of Feb. 11 – 17:

“What is developmentally appropriate practice? This phrase gets thrown around a lot in the educational community. This short article summarizes the current research on the topic. Teachers that we have shared this with commented that they found it insightful given the recent adoption of standards and curricular materials.”

This “current research” written in the summer of 2008, before the birth of the CCSS machine.

I happened to be on a teacher discussion thread this weekend when this statement was brought to my attention.   This veteran, dynamic teacher expressed, “Did you see the article in this weeks SPS newsletter “scolding” us for using the term developmentally appropriate? I guess that’s the new ‘no no’ word in our district!!”

It certainly is not a “no no” word for me.

Couldn’t help it… it just rolled off my tongue.

Who else is using this term?  Is it just a group of early childhood educators who have worked with children for years and years and years?  Are we alone?

Did the term developmentally appropriateness come up at all?

Did you ever discuss when your child would be expected to say his first word?  Did the doctor discuss ranges of what was normal?

I had a friend whose son wasn’t gaining language acquisition.  He did not fall within developmentally normal ranges.  She took him to the doctor to find out why his language was delayed.  No first words.  Only grunts.  Because it was past the developmental range, they did further testing and determined he was hearing impaired.

My son saw a child play therapist when he was three years old.  He went to three sessions.   She reassured me my son was totally within all ranges of developmental appropriate behavior for his age.   In fact, she found his ability to make analogies to his life experience at a level she hadn’t seen before.  He was functioning above the developmental normal continuum.

During this same time period, The Montessori School he attended shared a checklist of my son’s abilities.  He was cutting with scissors, knew his letters, was coloring and drawing, and much more. I think the term used with me was, “Your son is within all the developmental appropriate ranges for children at his age.”

Did the child therapist use the term developmentally appropriate?

Did the Montessori teacher use the term developmentally appropriate?

A local mother shared she had been taking her son to a psychologist to figure out some behaviors her son was exhibiting.  They discussed many aspects of her son’s life.   At the end of one of the sessions they got into a discussion about how children in elementary school are expected to type their solutions to math problems into the computer as well as lengthy paragraphs in the reading and writing portions of the state test.

His concern was the fine motor ability of children and their hand spans over the computer keys.  Children’s mastery of the keyboard happens at different times for different children.  It also involves practice.  Who will be the better keyboarders when computer access is considered… home verse nothing at home.  Will better keyboarders be able to type more?  Does this mean they KNOW more?

My colleague and I agreed children can learn to type and do in class projects where they are typing papers and importing graphics… but on a high stakes test to measure their cognitive abilities and comprehension of text… no.

Slid off my tongue again.

What about Dr. Megan Koschnick, an early childhood psychologist?  What does she have to say about this idea of developmental inappropriateness?  As I listen to her 23 minute presentation, I am fascinated by the title of her presentation: “Common Core is Developmentally Inappropriate.”  Listen (Here)

She starts her speech in this way, “I was asked to give a presentation about whether or not I thought the common core standards were developmentally appropriate.”

In the first minute and a half, the term developmental inappropriate is seen or heard five times.   It would be interesting to watch the video through and tally the number of times she uses the term.

It seems 500 early childhood specialist have grave concerns with the standards too.   They believe they conflict with the compelling new research in cognitive science, neuroscience, child development, and early childhood education about how young children learn, what they need to learn, and how best to teach them in kindergarten and the early grades.  It seems 500 early childhood specialists were concerned with developmental appropriateness too.  See their four concerns and all 500 specialists who signed the joint statement (here).

Mary Calamia, LCSW, CSASC speaks at the New York State Assembly, Minority Education Committee at the Forum on Common Core.   This is a passionate 13 minute presentation about the impacts of Common Core and programs like Engage NY… aka Eureka, Story of Units, Great Minds… another Duck? Watch it (here).

This clinician works with parents, children, and half of her clients are teachers.  Her case load represents 20 different school districts in Suffolk County.  In the summer of 2012 her teachers started to express increased anxiety for having to learn two entirely new curricula for math and ELA.

She says, “This is the first time I heard of the one size fits all taking the imagination and innovation out of the hands of the teacher.”

She says, “You can’t regulate biology, young children cannot engage in this type of critical thinking the common core calls for.  This would require a fully developed prefrontal cortex, a part of the brain that is not fully functional until adulthood. The prefrontal cortex is responsible for critical thinking, rational decision making, and abstract thought… All things required of the Common Core Prematurely.”

“I do not believe that any of the players in this project are evil people trying to control the minds of kids.  Rather they are true believers with an ideological allegiance to untested curriculum. The Common Core has some features that are good and others that are awful.”

The awful part is the one size fits all approach demanding all children meet the same learning goals and targets at the same exact time.  Our children are not robots or machines spewing forth correct information on the spot lickety split.

Have you ever heard the cliché… “from the mouth of babes”?  Watch the following 2 minute video taken of this 2nd grade little girl.  Her tears may move you like they did me.  Pay particular attention to the worksheet she refers to…  pause the video if you have to, and look at the very bottom.  Do you recognize the mathematics program by chance?  See the video (here).

There are many more stories from children that can be told.  I have a pile.  For now… this second grade girl will speak for the rest of them.

In this compelling talk, Dr. Peter Gray brings attention to the reality that over the past 60 years in the United States there has been a gradual, but overall dramatic decline in children’s time to play.  The impact is staggering.  Watch the 16 minute TEDx entitled, “The Decline of Play and the Rise of Mental Disorders” (here).

It’s like saying… erase the education you received from University of Washington, Whitworth University, and Gonzaga University.  Erase the years of experience you have working with early childhood children.  “Developmentally Appropriate” does not exist anymore.  Erase the term.  It’s a “no no”.

Developmental Appropriate has been replaced with a new famous term…  RIGOR.

Those of us who question if something may be developmentally inappropriate are looked down upon as if we don’t believe in rigor or high expectations for our students. 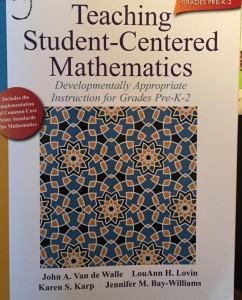 Is it really going to be suggested Early Childhood Teachers are not supposed to say “Developmentally Inappropriate”?  Doctors can.  Clinicians can. Therapists can.  Early childhood Psychologists can. Award winning Principals can.  Montessori Teachers can.  The tears in our children’s eyes can.

But… “no no” to any public school K- 3rd grade teacher?

Extreme examples to make a point.  However, what other term are us lil’ ole early childhood teachers suppose to use?

To be Continued… Part Two… A Mince of Words… Duck Duck Goose! (Here)

Addressing issues of concern to parents and their rights

"YOU can' t be beautiful without being YOU" -Chloe Klingler

I AM AN EDUCATOR

Supporting public schools and the children they serve

Smile! You’re at the best WordPress.com site ever

Mostly Education; a Smattering of Politics & Pinch of Personal

Elected school boards are the bedrock of American democracy.

Glimpses of a Creative Universe, by Christopher Chase...

Ballot Initiative to REPEAL the CA Charter School Act of 1992

... because there's more than one correct answer.

All truths are easy to understand once they are discovered; the point is to discover them. Galileo Galilei

Diary of a Stay Home Dad

"To sting people and whip them into a fury, all in the service of truth."

Educators from the US and beyond: please share your teaching stories with Mr. Bill Gates. How have the policies of the Gates Foundation influenced your classroom, your students, your teaching, your schools, and your communities?

For the news and views you might have missed

A site to discuss better education for all

Addressing issues of concern to parents and their rights

"YOU can' t be beautiful without being YOU" -Chloe Klingler

I AM AN EDUCATOR

Supporting public schools and the children they serve

Smile! You’re at the best WordPress.com site ever

Mostly Education; a Smattering of Politics & Pinch of Personal

Elected school boards are the bedrock of American democracy.

Glimpses of a Creative Universe, by Christopher Chase...

Ballot Initiative to REPEAL the CA Charter School Act of 1992

... because there's more than one correct answer.

All truths are easy to understand once they are discovered; the point is to discover them. Galileo Galilei

Diary of a Stay Home Dad

"To sting people and whip them into a fury, all in the service of truth."

Educators from the US and beyond: please share your teaching stories with Mr. Bill Gates. How have the policies of the Gates Foundation influenced your classroom, your students, your teaching, your schools, and your communities?

For the news and views you might have missed

A site to discuss better education for all